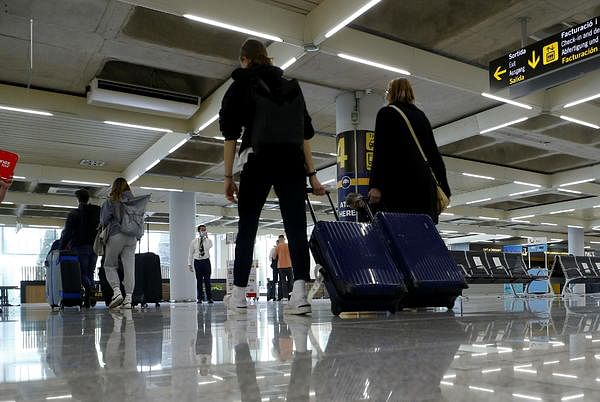 One of the busiest airports in Spain was closed for about four hours. The Spanish government says immigrants tried to enter the country illegally last Friday, local time. This measure has been taken to stop them. News from the BBC.

The plane was en route from Casablanca in Morocco to Istanbul, Turkey. However, when one of the passengers fell ill, the plane landed at Palma de Mallorca Airport in Spain for emergency treatment. After landing there, 21 passengers ran down the runway and fled. They crossed the border wall of the airport and fled. They were later detained by law enforcement.

Police arrested several of them on Saturday. However, 12 people are still at large.

Police are investigating whether the passengers fled the airport on their own, or whether they were plotting to stay in the country illegally.

Aina Calvo, a top government official in Spain’s Balearic Islands, said the incident at the airport was unexpected.

An emergency service team boarded an Air Arabia Marocco flight to serve a sick Moroccan passenger. At that time 21 passengers got off the plane and fled. They hid under planes parked on the runway. Later he fled across the border.

According to Spain’s FE news agency, doctors said after the examination that the Moroccan man on board the plane was healthy. He has been detained for entering the country illegally. Another passenger with the passenger has not been found since he arrived at the hospital.

Most of the detainees were detained by Spanish law enforcement after fleeing. The number of detainees is 24. One of them was arrested for behaving aggressively inside the plane.

About 70 flights were delayed at the airport after the incident. Later, Air Arabia Maroc went to the destination with the remaining passengers.