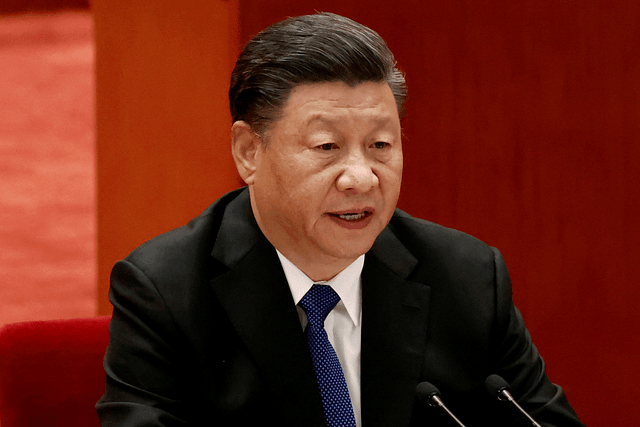 Chinese President Xi Jinping has not been out of the country for 21 months. He did not directly participate in the G-20 conference. He was not even seen at the very important climate conference (COP-28). Xi Jinping is scheduled to meet with US President Joe Biden this year. However, there is uncertainty about when that will happen.

Why has the Chinese president wrapped himself up in the country’s borders? He has been mentioned in the report of the New York Times. That being said, the epidemic coronavirus is a cause. But analysts are looking deeper. According to them, this has changed China’s foreign and domestic policy.

China is under various pressures in the international arena. There were already allegations that Corona had spread from the country due to China’s negligence. Apart from Tibet and Xinjiang, the situation in Hong Kong and Taiwan has become more murky. At a time when China’s image is in crisis, Xi Jinping’s aloofness is causing China’s relations with other countries to deteriorate, experts say.

Helena Lagarda, a senior analyst at the Berlin-based Mercato Institute for China Studies, said Xi did not want to work hand-in-hand on international issues. He said C’s avoidance of foreign tours was hampering communication opportunities among top leaders. Physical meetings are often necessary to move agreements between different countries forward and to reduce tensions.

An analysis by the New York Times says China has become introverted. The country’s officials are busy defending Xi Jinping’s health and internal political strategy. In the meantime, a conference of the Communist Party has been called next year. There is speculation that Xi Jinping’s term could be extended for another five years. All in all, global diplomacy is not as important to China at the moment.

The last visit of the Chinese president to Myanmar before the Corona epidemic was in January 2020. A few days later, he announced a lockdown in the city of Wuhan. Since then, Xi Jinping has not left the country. He has met from within China with leaders of Cambodia and Mongolia, including the head of the World Health Organization. The last direct meeting was held in March last year. He held talks with Pakistani President Arif Alvi at the meeting in Beijing.

But Chinese leaders have walked a different path before. They have been busy touring abroad for a long time. The travels of Chinese presidents, especially in poor countries, were eye-catching. This was the case when Xi Jinping first took the presidency. According to Eurasia Group analyst Neil Thomas, Xi Jinping overtook the US president on a foreign trip before attacking Corona. Before the epidemic, C traveled to an average of 14 countries a year. Spent 34 days abroad. During the same period, former US President Barack Obama spent an average of 25 days abroad and Donald Trump 23 days abroad.

However, even though Xi Jinping’s foreign tour stopped, the Chinese government’s diplomacy did not stop. China and Russia have been at the forefront of maintaining ties with the Taliban since the Taliban took control of Afghanistan. In addition, C has joined a video conference with several European leaders. Among them are German Chancellor Angela Merkel, French President Emmanuel Macho and British Prime Minister Boris Johnson. Analysts say he is trying to portray China’s new self-confident image through video conferencing.