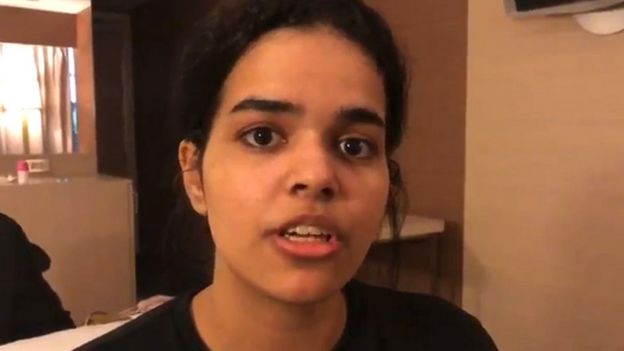 Immigration officials want to send him back to his family in Kuwait. But the young woman claims that her family will kill her if she is sent there.

On Monday, 18-year-old Rahaf Mohammed Al-Kunan refused to board a flight to Kuwait. “My brothers, my family and the Saudi embassy in Kuwait are waiting for me. They will kill me. My life is in danger now. My family is threatening to kill me for the slightest incident,” he told Reuters.

Phil Robertson, deputy Asia director at Human Rights Watch, wrote on Twitter: “Rahaf Mohammed Al-Kunan is locked in a hotel room and has announced that he will not be going to Kuwait. He wants to meet with UN refugee officials to seek asylum.”

Rahaf Mohammed Al-Kunan was vacationing in Kuwait with his family. He escaped from there two days ago. He was trying to go to Australia via Bangkok. He had planned to go there and seek political asylum.

But soon after landing in Bangkok on Sunday, a Saudi diplomat arrived at the Suvarnabhumi airport and confiscated his passport. Rahaf claims he has an Australian visa in his passport and has never wanted to stay in Thailand.