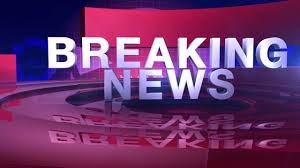 Reuters Reported that Two heavyweight U.S. senators called on President Biden to use the power granted by a bill they drafted to impose sanctions on those responsible for the forced suspension of Hong Kong’s Apple Daily. This shows that foreign banks will also be implicated.

Republican member Pat Toomey and Democrat member Chris Van Hollen of the U.S. Senate Finance Committee referred to a report by Reuters last month in which the Secretary for Security of Hong Kong Li Jiachao notified the founder of Apple Daily Li Zhiying and HSBC Holdings and Branches of Citibank stated that if these banks continue to deal with Li Zhiying’s accounts, they may face up to seven years in prison.

Li Jiachao asked these banks to freeze Li Zhiying’s account. According to the text of the Senator’s letter seen by Reuters, “the bank seems to have done so.”

The two senators stated that the Hong Kong Autonomy Act they passed last year required the US Secretary of State to confirm to Congress that foreigners, including foreign companies, “substantially cause” “the people of Hong Kong cannot enjoy freedom of assembly, speech, press freedom, or independent rule of law”.

The letter said: “The shocking suppression of Li Zhiying and Apple Daily is likely to involve many foreigners who apply Article 5 of the Hong Kong Autonomy Law.”

The letter stated: “After Li Zhiying was unfairly treated and Apple Daily was forced to suspend operations, we urge the government to immediately and fully implement the Hong Kong Autonomy Law.”

U.S. President Biden called the suspension of the Hong Kong Apple Daily “a sad day for media freedom” on Thursday, and said it signified that “Beijing is stepping up pressure on it.” (Finish)