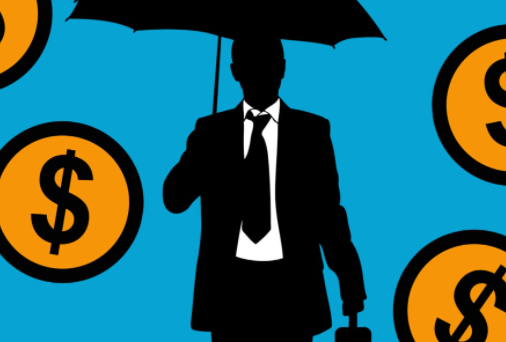 The year is winding down and it is time to focus on goals for next year. The easy route is to take the current results and add X% for growth and improve results by Y%. A few ideas might also creep in the plan for next year.

Most agencies have at least a few persistent “problem” areas that are at best not addressed or at worst not noticed. Top performing firms will take on the challenge and tackle those perennial “problem” areas on top of the routine goals often set. The following are common areas in many agencies today that if addressed will make a significant impact on the firm’s overall performance.

There is no doubt that small accounts if handled properly will make money. However, large accounts can be handled poorly and still make money. The time to service 700 accounts that average $500 in commissions is clearly much more significant than 70 accounts that average $5,000. This is especially true if the service of the small accounts is handled internally rather than through a service center. Top performing firms are moving toward focusing on the large accounts, having small accounts handled by a “special” department of CSRs only (and managed by a PL manager), or even selling off the small accounts or moving them to a service center.

The days of an agency being staffed by a sales person and clerical staff are long gone. CSRs are skilled professionals and often know as much – if not more – than the sales staff! On top of that, customers and companies expect agencies to do more and more. Agencies need to invest in their Human Resources through training. The staff needs regular education on the technical aspect of insurance as well as training on agency procedures and automation. Agencies should budget 2% or more of revenue to training for the staff.

Now! Today there is no excuse not to be paperless. Most companies send some if not all documents via electronic format. Data storage systems are cheap and capable of mass volume. Scanning systems are user friendly. What is important to know is that agencies that are paperless show dramatic improvement in productivity. The biggest roadblock to going paperless is often the producers – especially the owners. Move out of the 20th century and join the rest of the world in the 21st century.

Any agency that is still a “C” corporation should fire their CPA for providing bad advice. Most buyers will only buy the assets of a firm and not the stock. This creates a double-tax situation for “C” corporations that will need to be addressed via creative gymnastics. This is not an issue with “S” corporations, LLCs or partnerships. Plan for the eventually sale of the business and create a mechanism for tax efficiency. Even if you will not be selling to a third party, “S” corps cannot be challenged by the IRS for giving owners “excess” compensation. This is another reason to be an “S” corporation.

5 – Pay Owners Based on Their Contribution Top 10 Things for Insurance Agency.

Face it, we live in a capitalistic world. Sure, equal salaries for the firm’s owners sounds nice, but it only works well when all the owners are working equally hard. As soon as one owner works extra hard or another owner retires in place (RIP), then the equal pay system engenders animosity and contempt. The solution is to pay owners as if they were merely employees. Pay for production and pay for management. Bottom line profits can then be split up in a way that encourages the owners to continue with their performance for the business or strictly based on equity.

6 – Develop and Use Account Executives Top 10 Things for Insurance Agency.

The direction of the agencies for the new century is to create an Account Executive (AE) position. The AE is a person that is a blend between the producer and the CSR. This person is basically a producer that might lack some sales skills, but does also have the servicing skills of a CSR. The key is that this person is paid a salary, often at a rate much less then the renewal commission rate paid to a producer. Also, the temperament of an AE is such that they are more likely to be long-term employees of the agency

This point is really an extension of #6. The unique skill that an agency needs from a producer is their sales skills. Servicing work can be handled by Account Executives and CSRs. It really makes no sense to pay producers 30% renewal commission if they do not handle any (or a minimal amount) of the servicing and renewal of the accounts. Property/casualty agencies are replete with producers that built up a book of business during their heydays and live off their former glory for years and years. These “farmers” are just an added expense to the firm. “Hunters” are needed to bring new business into the firm.

So, the firm’s largest account has been on the books for years and has a strong relationship with the agency owner. However, they have frequent claims, make all sorts of service calls and often pay 30 or more days late. The solution – fire them! It makes no sense to keep accounts that would regularly cost the firm money or are headaches. Allow the CSRs to non-renew one problem account per month with approval from management or the producer on the account.

Firms that are highly niched (selling only mono-line policies) are typically very profitable, but they are also vulnerable. It makes more sense to focus on one or two industries and sell multiple policies to those accounts. The real goal in cross selling is for property/casualty firms to sell employee benefits insurance to their clients.

10 – Run Your Business as a Business.

The unifying element of points 1 through 9 is that all agency owners need to run their business as a business. Owners need to take the steps to create the culture that the business is a professionally run firm. Hire well schooled agency managers or business consultants to guide the firm toward a more sophisticated and less informal business model.

Top 10 Things for Insurance Agency Owners to Do Right Now

Less Than 19 Tips to Build Your Business For Free