Home News Tips to Lower Risk of Schizophrenia in Children 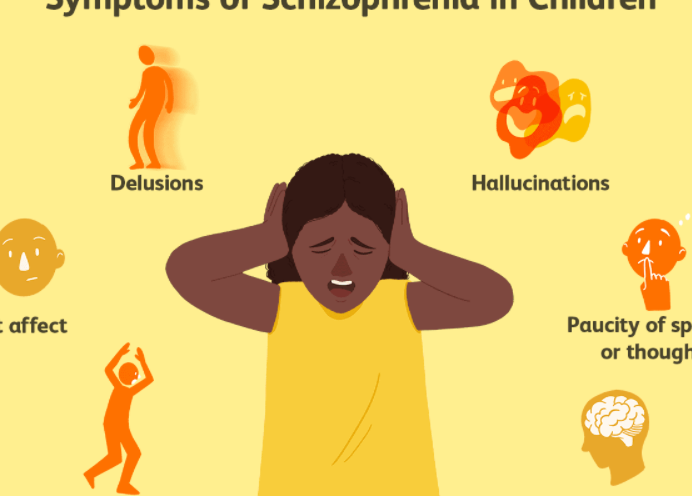 Ignoring the symptoms of schizophrenia and leaving it untreated can lead to severe complications. It is a mental disorder that affects a person’s behavior and the way he feels and thinks. A schizophrenic loses touch with reality.

Schizophrenia runs in the genes, but it is not necessary that everyone in the family of an affected person would inherit the disease. It only increases the probability of its occurrence. Almost 85 percent people do not inherit schizophrenia despite having someone in the family suffering from it, while there are also those who get it even when there is no family history.

Reasons other than genetics

Besides genetics, there are other reasons that can trigger schizophrenia in an individual:

Pregnancy complications, traumatic experiences in childhood such as sexual abuse, psychological abuse, and brain injury are also contributing factors that could lead to schizophrenia.

Abusing illicit drugs at an early age also precipitates the onset of the disease.

Any discordant and strained relationship with family members is also said to be a major reason for schizophrenia.

Environment and life situations also hasten the development of the disorder in an individual. A poor person is more vulnerable to get the disease than a prosperous one.
Incidentally, there are also reports which predict high occurrences of schizophrenia in rich countries as well. Seeking the best of treatments like the schizophrenia treatment can be a viable option for patients. The schizophrenia disorder treatment is counted among the best in the country.

Following are a few tips that would help in keeping the children safe from getting the disease:

Extending love and support to children: If there is a family history of schizophrenia, children in such households should be treated with utmost love and care. Any confrontation, abuse of mental, physical and emotional should be avoide at all cost. Such harsh behavior of parents and elders could trigger symptoms of schizophrenia in them.

Keeping kids occupy: The children should be encourage to involve more into activities, like art and crafts, sports, music or other activities. Engagement will help them enhance their cognitive and emotional quotients.

Teaching them to manage stress: Handing out lessons to children on how to manage stress will go a long way. Coping with stress can really help keep schizophrenia at bay. These learned skills will hold them in good stead later in life.

Right from choosing a healthy diet rich in nutrients to encouraging adequate physical activity, and nurturing a good physical health in the children will act as a deterrence to the onset of schizophrenia. They should be shield and protect from getting any head injuries.

Tips to Lower Risk of Schizophrenia in Children