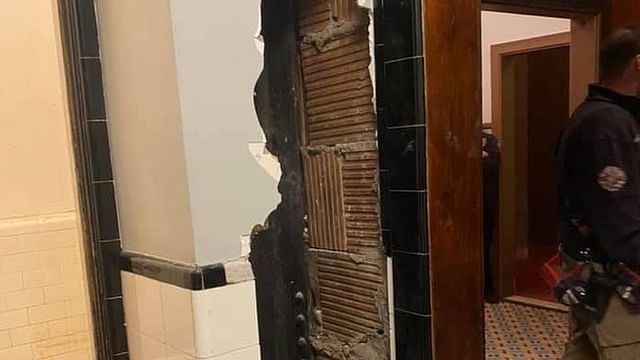 A man has been rescued from a wall in Syracuse, New York. However, the rescuers were surprised after rescuing him. Because that person was naked.

The man was screaming for help from between the walls. The BBC reported on Saturday that rescue workers thought he had been detained for two days.

According to local media reports, rescuers cut the walls of the theater and found the man naked. He is being treated at a local hospital.

Syracuse’s fire department said on social media Facebook that it was not clear how the man entered the space behind the wall.
Mike Intagliota, director of the Landmark Theater, told local media Syracuse.com earlier this week that he had seen the man wandering aimlessly around the building.

“I don’t know why the man entered the space behind the wall,” Intaglieta said. Maybe he can get out there to escape the cold or use the toilet. ‘

John Kane, deputy head of Syracuse’s fire department, told local media that the man was trapped in a gap in the wall of the men’s toilet in the theater. He is believed to have been stuck there for two days.

Police say the man may be mentally ill. No charges were brought against him.