Home Artificial Intelligence The Miracle of Computers and Technology 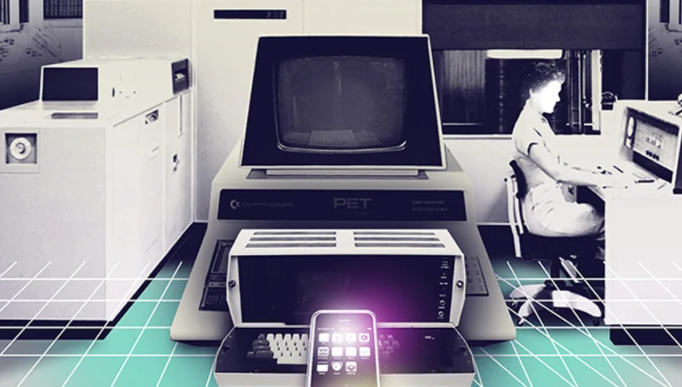 There is no other way to describe the huge advances in the area of computers and related technology. It allows instant communication with anyone world-wide and that it is a miracle. Not only can we communicate but send pictures, develop web-sites loaded with information, and gather answer to any question we wish to ask. This is a system designed by God and man was shown how to deliver Miracle.

In 1984 the Spirit came upon me with such force it was impossible to move. Inside I heard “tear down the wall of churches, go out to the people, and bring back the young.” At 45 years of age and the time shown to me between lives. Yes, I have memory of my reincarnation and a link to the Spirit of the Universe, the real God.

In the first was a man like Jesus Christ preaching to a multitude of people on a mountain. In the second I replaced him and in the third my face was on a screen or browser.

Nothing made sense at that moment of either the commission or the visions. No one made mention of the world-wide-web let alone computers or browsers. As it was in compliance with the vision before my return there was no question in my mind of who or what this was about.

Months of teaching followed and then the Internet came on-line

By that time the Spirit had taught me well and even sent me to university to confirm the visions that were part of it. The subjects of archaeology, anthropology, linguistics, and philosophy were essential to verify them and to explain what the Spirit wants the world to know.

The Internet is the highest mountain and from it the messages given to me are being sent out to the world. God is able to speak to everyone at the same time and no company, government, or religious organisation has control over what is shown or taught from its height.

Micah 4:1 states that in the last days this mountain will appear and everyone will be drawn to it. That time has come and through the teaching and prophecies about. The plan of God all will know that what is spoke of here is correct. The spiritual people are the young and they are searching for truth. That is release now and is the great light that will overturn. The darkness of the world and remove the evil from it.

In 1984 when it was show to me as the means to deliver. This new teaching only the Spirit knew of its impending arrival.

Commissioned by God Norma Holt works to spread the knowledge given to her by the Spirit. It differs to religious teachings because she has memory of reincarnation and knows that heaven and hell are myths. Her experience in the Spirit is here. The evidence given to her to remove the wall of blindness is here. Everything she writes is verifiable in the bible and through research.

The Miracle of Computers and Technology