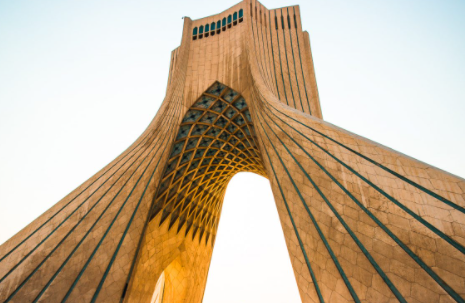 If you are going to visit Iran soon, make sure you know some important things beforehand. There are a lot of things to discuss, such as visa, money issues, dress code and attractions in Iran. Let’s know more.

Getting A Visa Before Visiting Iran

Based on the passport you have, the visa requirements may vary. If you are from Japan, France, Netherlands, Germany, New Zealand or Australia, you won’t face many problems getting the visa. You can a contact the Iranian embassy for visa or you get it on arrival. On the other hand, if you are from Canada, UK, or USA, you have to get the visa before reaching Iran. Make sure you fill in the documents correctly.

In Iran, the local currency is called Iranian Rial. The exchange rates vary greatly. For currency exchange, you can head to the currency exchanges or the other currency dealers. So, it’s a good idea to shop around when getting your money exchanged for the local currency. This way you can get a better rate of exchange. It’s interesting to know that if you have $35, you will become a millionaire in Iran. As a general rule, you won’t need more than $35 for a day of expenses in Iran.

The rules for dress code keep on changing in Iran. Nowadays, if you are a man, you can go for jeans or trousers. Just make sure your legs are covered. In other words, you can’t put on shorts. As far footwear, you can choose whatever you like, such as boots or sandals.

For women, the dress code is a bit complicated. Generally, you can go for loose tops that should cover your whole arms all the way to your knees. You must be in trousers and your hair must be covered. But you are allowed to keep your hands, face and feet open.

In Iran, Internet sucks. In big cities, the connections are a bit stable. But mostly, you lose connection over and over again. Outside big cities, things are terrible. Many types of sites are banned, such as Facebook and Twitter. If you want to access these websites, you will have to make use of a VPN, which will make your internet slower.

Unlike what the western media tells, Iran is not a country full of terrorists. As a matter of fact, the people of Iran are quite friendly. They are more than happy to know more about you. They are really nice people. You can talk to them almost anything under the sun. For many reasons, not many people go to Iran. You will be surprised to see that some Iranians will even offer gifts to you. So, safety is not a big issues over there.

While Iran is an Islamic republic, you may not feel that the country is overly religious. The dress code is strict, alcohol is banned but all else is normal. The life goes on in Iran just like it goes on in any other country of the world.

So, these are a few important things that you should keep in mind before visiting Iran.

Six Things You Should Know Before Visiting Iran