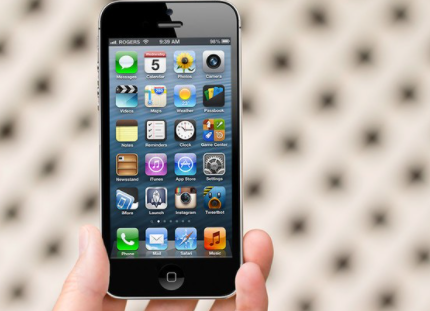 Undoubtedly, Apple and its products stand out in technology market, especially when it comes to iPhone 5 that is relatively thinner as compared to its predecessor. While majority may agree that it is a crowd puller, there are some who think about it otherwise. Many have the opinion that it is Samsung Galaxy S III that has a better display including the industry experts who believe it. Therefore, what is it that makes Galaxy S III better in display when compared to iPhone 5, let us find out.

It seems that Galaxy S III has a better and thinner screen that is capable of providing better color than its arch-rival.

When it comes to iPhone 5 the display of 4 inches is a marked improvement as compared to 4S screen but Samsung still is more confident about the screen specs.

Improvements made by Apple iPhone 5 Display

in its iPhone 5 are indicative of including such features that fetch significant vote of approval and profit in the technology market. This includes impressing its customers with good customer experience rather than choosing to go with providing better technology enthusiasts.

If we look at the display in the products provided by Samsung and Apple there are however some mild differences. iPhone 5 has a display of 1.5 mm thick (1/16th of an inch) its arch rival Samsung Galaxy S III has a thickness of 1.1 mm that is 3/64 of an inch. Another thing to notice is that 72% of colors are displayed in iPhone 5 while Samsung Galaxy S III is capable of going over the limit and providing 100% colors. This comes from the measuring standards by National Television System Committee (NTSC).

When it comes to measuring thickness of these two devices

iPhone 5 is thinner by a millimeter than Galaxy S III. Nevertheless, Samsung seems to have a better battery as compared to iPhone, which could be the reason for its bulk.

The technology used by Apple in its screen display does not comprise of layers in its touch panel, this makes the device relatively thinner by 18%. The introduction of a technology called the in-cell is what makes it thinner and makes the display more brighter. Additionally the device is relatively refraction free and anti-glare making it more comfortable for content display.

When it comes to Galaxy S III

the technology that is used behind the construction used behind its display is that of AMOLED display (active-matrix organic light-emitting diode), however the technology is not capable of a backlight. Nevertheless, this does makes it a power efficient product.

In conclusion to what has been said above there are some user reviews that indicate that the color tone projected on the screen of Galaxy S III seem oversaturated and at time unrealistic. While there are others who are not so great fan of Apple and would rather go for Galaxy S III.

Overall the conclusion is that whether you choose iPhone5 or Galaxy S III it is the personal experience and the opinion of the user that matters most.