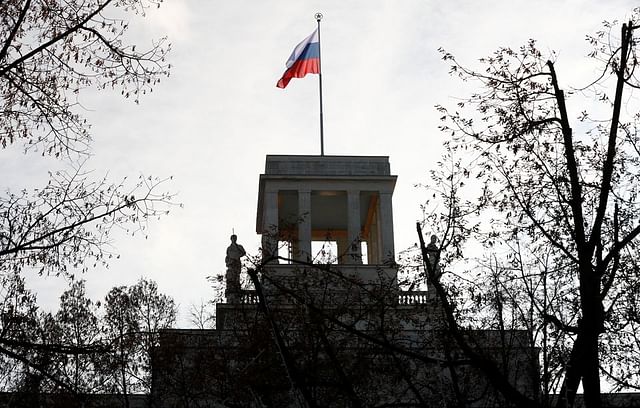 The body, which was found lying on the street outside the Russian embassy in Berlin last October, was believed to have belonged to a secret Russian intelligence agent. The German magazine The Spiegel reported on Friday, according to Reuters.

According to the report, the body of the 35-year-old man was found by the police officers in charge of security at the embassy on the morning of October 19. The man fell from the top floor of the embassy, security sources were quoted as saying. Police officers immediately called an ambulance but doctors were unable to save him.

The Russian embassy confirmed the death in a statement to the country’s news agency Interfax. They say a Russian diplomat has died, but “for moral reasons they are not willing to comment on this tragic event.”

Berlin police declined to comment. Citing security sources, The Spiegel said it was not clear how the diplomat fell from above and what caused his death. On the other hand, the Russian embassy did not agree to conduct his autopsy.

In a statement to Interfax, the embassy said all formalities for the repatriation of the diplomat’s body had been performed by Germany’s responsible law enforcement agency. He did not name the diplomat but said he was the embassy’s second secretary. He was a relative of a senior official of the Russian intelligence service, the Federal Security Service (FSB).

A spokesman for the German Foreign Ministry told a regular news briefing on Friday that the German government was aware of the death of a Russian diplomat in Berlin. However, they did not provide any detailed information in this regard.