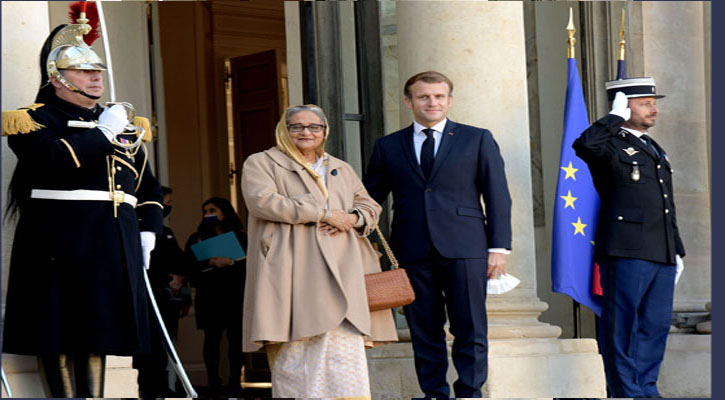 Emanuel Macron gave a warm welcome to Prime Minister Sheikh Hasina at the Elysee Palace, the official residence of the President of France.

On Tuesday (November 9), Prime Minister Sheikh Hasina visited the Elysee Palace on the first day of her visit to Paris at noon.

Upon arrival at the palace, the presidential guards gave the guard a guard of honor. Then French President Emmanuel Macron and Prime Minister Sheikh Hasina took two photos. The two leaders later had lunch and a meeting at the Elegie Palace.

During her visit to Paris, the Prime Minister will attend the Paris Peace Forum. He will also take part in a number of programs at the UNESCO headquarters, including the distribution of the ‘UNESCO-Bangladesh Bangabandhu Sheikh Mujibur Rahman’ award for creative economics.