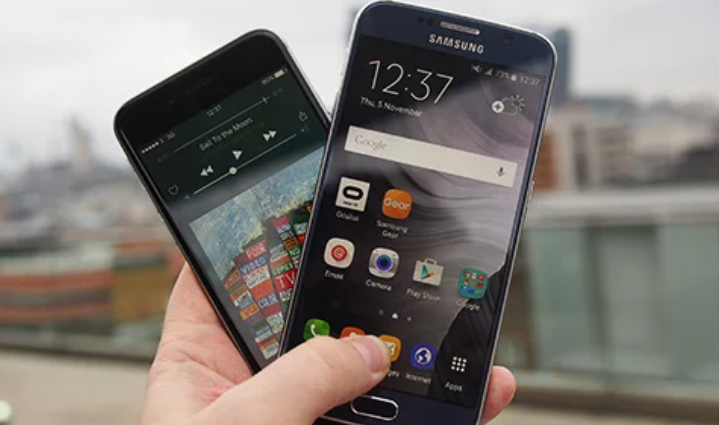 This is a simple comparison to understand the performance levels of the two Smartphones. There are many misconceived notions available in the public domain that make tall claims about each brand. We have compiled the information about each one of them for the benefit of users. Accordingly, you can take call on what you want and decide on its configuration. Some features of one are better than those of other and vice versa. In this article, we would be just giving the comparisons for you to make your own informed decision. We suggest you to get clarity on the features you want to use and then decide which one you would for.

Despite low profile dual-core processor and less RAM, the Apple’s iPhone has performed better when compared to the other Android devices available in the market in the game front. For instance, the gaming company GameBench published the results of an in-depth series of tests that compared the gaming efficiencies of iPhone 6, One M9 , Google Nexus 6 and Samsung Galaxy Edge S6 . Other phones have necessary hardware for superior performance when compared to that possessed by iPhone 6. Yet, they did not breach the benchmark set by the Apple phone.

The Apple’s iPhone display has only resolution of 720 pixels. Despite this, its display is as clear as that of Samsung Galaxy Edge S6 that boasts of high-definition display. Hence, iPhone has better configuration for game-based applications.

Samsung has incorporated the most stunning panel ever seen on the phone. But packing the 2K resolution into a 5.1-inch display has killed the beauty of its vision. Hence, Apple has not done anything to overkill its presentation, and hence it looked better aesthetically.

Samsung has done away with the micro-SD business as it has come out with 32GB, 64GB and 128GB variants. On the other hand, the iPhone 6 has kept one variant and has given micro-SD slots for all the memory cards. The user can choose the correct memory size through this single device, instead of spending money on different versions.