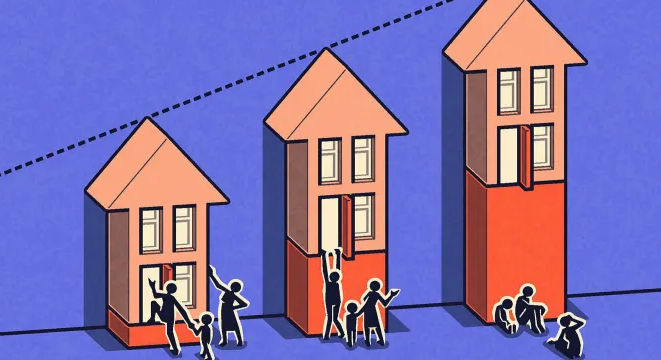 A hallmark of independence is able to own a house and build a family. Unfortunately, though, even in wealthy countries, house ownership continues to be difficult to achieve. Some end up renting out houses throughout their lifetimes.

In the US particularly, there are more renters than house owners. Owning a house remains expensive. While some may see a need to own one, they would prefer to rent. It because there are far more immediate expenses that need to be addressed first than pay more expensively for house ownership.

A lot would say that housing prices are costly because of the lack of support from the government. Here, we’ll lay out a few ways on how housing can become more affordable for people starting on their careers and those in the market for homes.

Greater incentives for people who want to own house Affordable Housing

These incentives can come in tax rebates for developers and buyers. It can come in many ways. It can be in the form of less tax for those who are starting to establish their careers.

The State should promote these kinds of incentives by possibly, issuing refunds to the developers. By having more pleasing offers or credits from the government, private companies will be more enticed to make their pricing more affordable. This will naturally attract people from all walks of life – even those who are in a lower-income household. When this is done, cash flow will speed up, and so is the development.

The government can also step in to limit the amount that landlords can charge to their tenants, depending on their income. The government can donate the land and have the private developers develop it, so there will be less cost associated with the purchase.

This one echoes the first point. The tax that the government charge on owning a house shouldn’t be dependent on the value of the property. It should instead be based on the total income of the household.

This total household income will be based on the income of the number of working heads in a given household. Those that are making less should get more incentives and encouragement from the government in owning a house. The more that one is in need, the more that it needs financial assistance – the same goes with housing.

There should be some trusts specifically built for helping those in the lower classes afford their own houses. There should be more investments whose revenue is geared towards helping low-income earners see a promising future. Housing is a serious concern that can impede the quality of life and perspective of someone. Having an own house is a privilege, yes. But everybody deserves that privilege.

Maximize the space without sacrificing safety for the residents. Create and build smaller living spaces to make them more affordable for families who have lower income. Housing doesn’t have to be a symbol of opulence. Instead, it needs to become more functional and practical to own one. Optimizing the space will result in a more cost-effective option in owning a house. When the lots are utilized well and divided into smaller spaces, developers will be able to build more. Likewise, consumers and future house owners will be enticed to buy one instead of renting. This is an opportunity of having to invest in the future.

Offer more Incentives for the Developers to Build Rental Spaces

This one might seem counterintuitive as we are talking about housing. But having rental spaces for commercial purposes will spur economic development and will give birth the commerce in the area.

Commonly, people want to establish their residence in a community that is vibrant and has a wide commercial activity. People see a great future and opportunities where commercialism and urbanization are. These rental spaces will be the venue for that – and not just simply rental spaces allotted residence.

How to Make More Affordable Housing