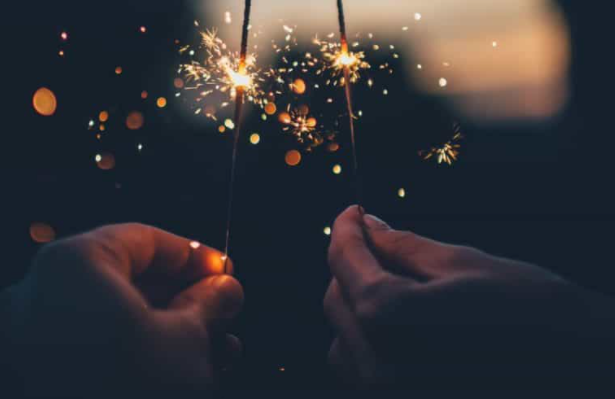 Time is kinda fake, but the new year nevertheless feels like a clean slate, a moment where you have the opportunity to shed old sins and reinvent yourself anew. For many, this translates to buying a gym membership and vowing to lose 15 pounds. So by March, when you still haven’t set foot in your local Planet Fitness, you wonder where it all went wrong, and tell yourself that you’ll try again next year. Still, there are plenty of people who are able to achieve their resolution, and they have a variety of useful suggestions that can help you do the same.

Before I get into these success stories, I want to emphasize that not being able to keep your New Year’s resolutions isn’t a reflection of your fundamental flaws or anything. It’s legitimately hard to do. My graveyard of failed resolutions include: from 2016, “get published in print” (I have achieved this many times over now, but I didn’t back then, and it was probably a bad idea to set a goal that relies on factors beyond my control), from 2017, “write a book” (I’d still love to but I have no idea what I want it to be about), and from 2021, “do a pull-up” (this was a way of getting myself to work out more, which I did, but realized in June that instead of going to the gym, I’d rather play basketball, so it wasn’t a total failure).

My most successful resolution to date was in 2020

On December 30, 2020, in the nick of time, I became a licensed driver. Still, achieving my New Year’s resolution was an anomaly for me, so I asked three people who have accomplished fairly difficult New Year’s resolutions how they did it, and what advice they might have for you (and me too).

Concrete that you can track – Mike, a college athletics administrator who read 52 books in 2021 I used to only set unquantifiable New Year’s resolutions for myself, like “lose weight.” But the pandemic was a self-reflective time. In 2020, a friend put a post on social media saying, “If you need help getting connected to a library or an e-library, let me know and I’ll figure out how to do it for you.” I gave her my login for the Rhode Island library and she sent me a link where I could get books sent to my Kindle. That was a revelation in the middle of COVID. I started reading more and realized that I really enjoy reading. It makes me feel productive and it’s very fulfilling.

At the end of the year, I decided to outline a plan for my reading in 2021, to find more joy and slow down a little bit. I used to just read during vacations and holidays, and I would read like a book a day. And then I was like, “Why don’t I try to fit this into my life instead of cramming it into my quote-unquote free time?”

Throughout my self-exploration during COVID, I discovered that concreteness satisfies my brain. So in deciding to read 52 books this year, I could tick a box as opposed to doing something amorphous like “go to the gym more.” I wanted a little objectivity, which is why I set a number.

I’m thinking of other tangible things I can do in my life, as small as opening the curtains in my bedroom every day so I can get natural light, and other types of things where I can check a box. It’s productive for my life. The idea is I make these resolutions and eventually they just become habit. If you want to stick with your resolutions, I would find a way to track it. Have a moment of reflection, daily, weekly, or monthly. Ask yourself, “Where am I with my goal?” Like January 1 Mike really wanted to do this. How does March 1 Mike feel about it? There was something to it that made me want to make a year-long commitment. So I feel like I owe it to myself to keep going with it.

Pick something that you don’t have to do every day, and focus on what will make you happier – Kathryn, a communications director who recorded a song and got better at roller-skating, among other things, in 2021 I used to not stick with my resolutions because they felt unattainable — it’s hard to go from not working out at all to working out everyday. But now I think of resolutions as goals I can accomplish that would be nice for me, not for anyone else. When I write them down, I try to be honest with myself about what I can achieve. I don’t want to do anything that is unattainable or feels like a bummer.

I decided I wanted to record some tracks with a friend of mine at his studio, which is something I’ve never done before because of stage fright. That wasn’t something I had to do every day, just something I wanted to make sure I did. I also decided to continue to improve my guitar playing — not become the best guitar player ever or even play an hour every day. Just get better at guitar. I also wanted to get better at roller-skating, which was pretty easy to do since I was starting from nothing.

I really just try to frame my resolutions as, “What would make me feel really good this year?” For me as a person, if I have really hard rules in place. I’m going to want to rebel against them. Resolutions can feel daunting. What’s empowering for me is to reframe them as new things I’d like to try this year. Ask myself what is going to make me happier. What’s going to bring something new and exciting to my life.

“When circumstances align with intent, there’s success.” Kelly, video game marketer. Who saved $20,000 in 2020 Usually do one New Year’s resolution. I make it something very subjective that could claim at the end of the year. Nothing actually taxing: one year. I was like “Want to have a more positive outlook on life.” But at the end of 2019, I was looking at my finances. Had gotten married that year, so my husband. My finally had our joint accounts. I was really interested to see how much money. We were bringing in because I just didn’t have any savings. I thought it would be really nice to have savings. It would help us sleep better at night.

I read this book by Cait Flanders called The Year of resolution Less.

It was all about how she had turned her life around through managing her finances. I really identified with the author because she had struggled with addiction and so had I. At one point, the book was like. “Here’s how you could save $20,000 in one year.” So I decided I was going to do that resolution.

We used a free monthly budgeting spreadsheet on Google. Plugged in only my income, not my husband’s, since I’m the primary breadwinner. He decided I’d only spend money on things I consume, so food. As well as rent, insurance, my 401k, taxes, car payments, blah, blah, blah. (They understand that I am very privilege not to have any student loans.) From January to March, it was a little tricky. I was still commuting to work and coworkers were wanting to go out and grab coffee and stuff like that. At the end of January, I found out I was pregnant. We go back to my monthly budget. Crunched the numbers for how much the baby would cost in 2021.

It was a lot of money. $20,000 was no longer a cushion. It would be spent by the time my son was one year old. So now I knew where the money was going and I had to save it. Instead of a New Year’s resolution. Which is supposed to be this thing that betters you, it became a matter of survival.

How People Who Kept Their New Year’s Resolutions Did It 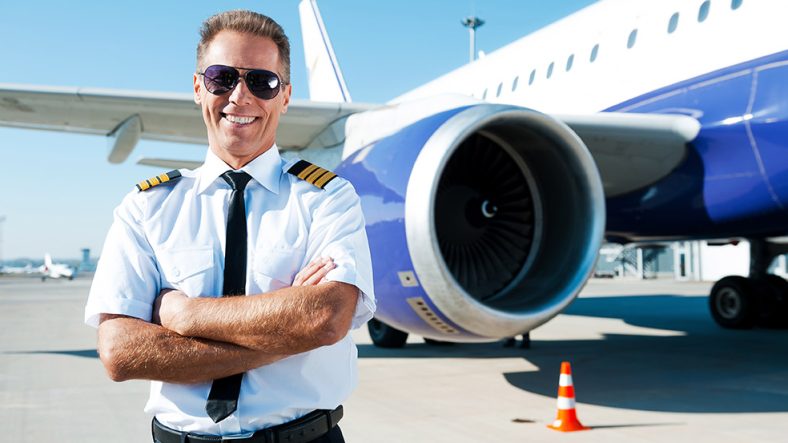 How Do I Choose the Best Aviation School in My Local Area? 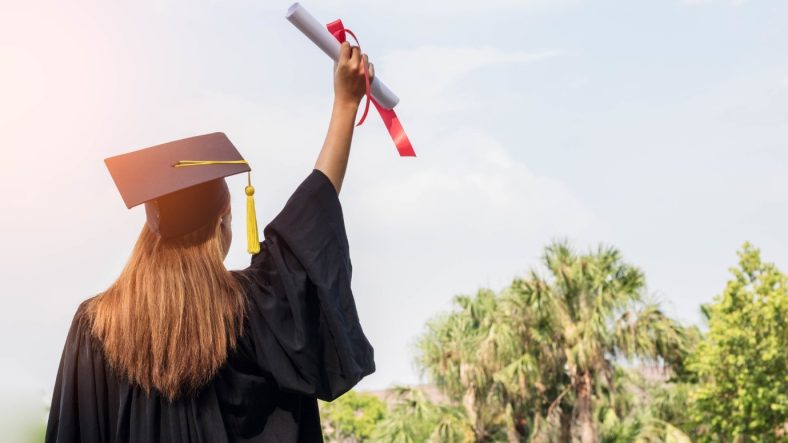 4 Beautiful Ways to Display Your Diploma 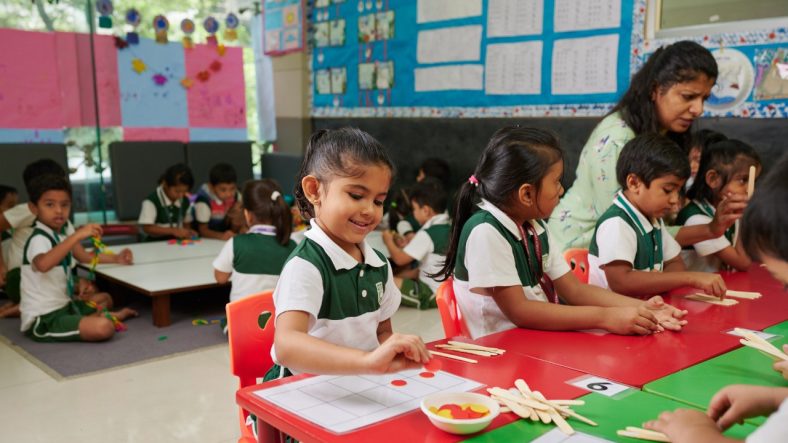 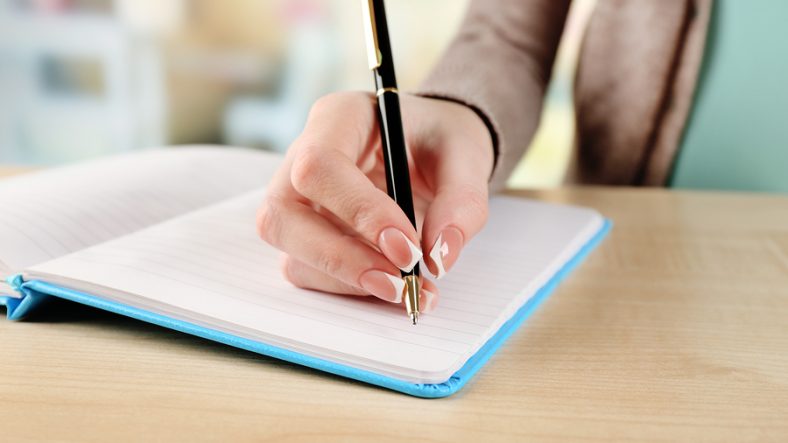 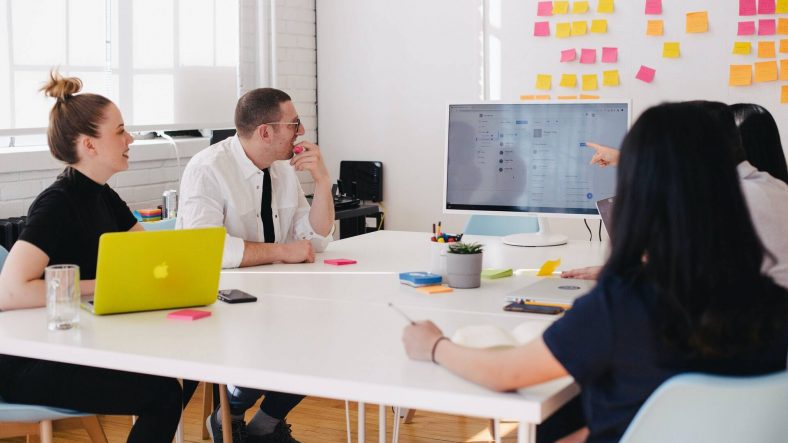