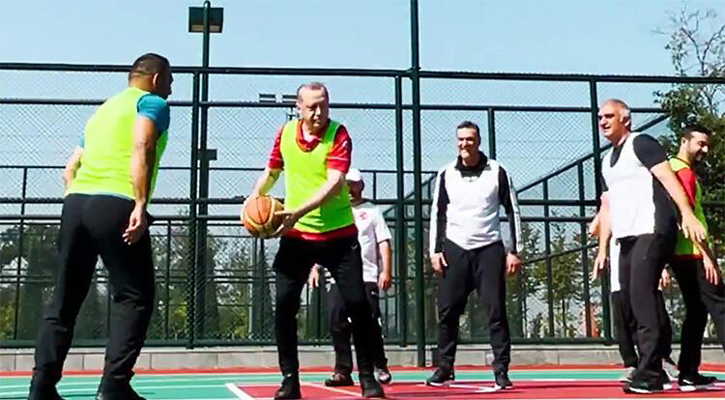 The government has launched an investigation into those who spread rumors of the death of Turkish President Recep Tayyip Erdogan. Authorities claim that a group of people were involved in spreading the rumor.

His teammates are desperate to prove that Erdogan is not dead. They are posting pictures and videos of the Turkish president, saying he is alive and well.

AKP has posted some videos of Erdogan’s activities after new rumors surfaced this week. As can be seen in a video, Erdogan is in a great mood. He is playing basketball on the field with great enthusiasm.

On the other hand, Erdogan took part in several events in Ankara on Wednesday.